You are here: HomenextHistorynextScrapbooksnextWherwell WI Scrapbook 1952 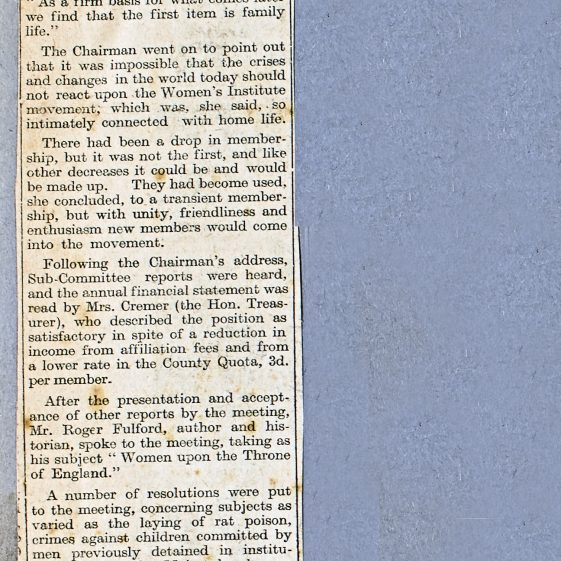 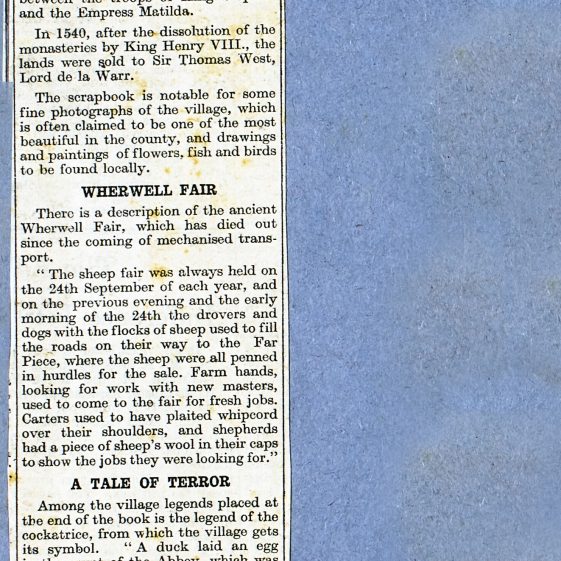 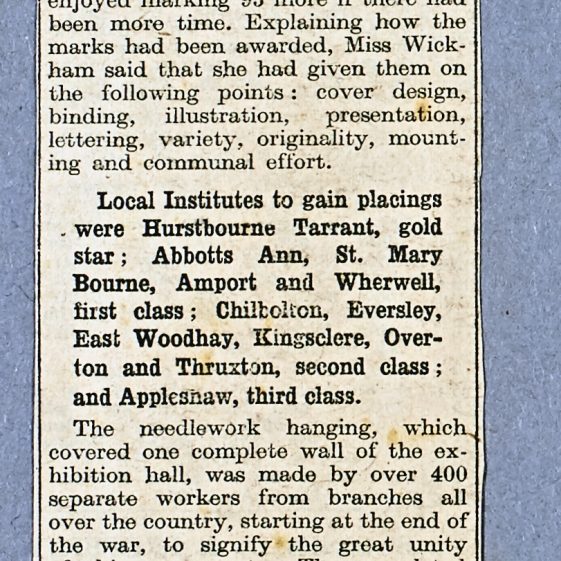 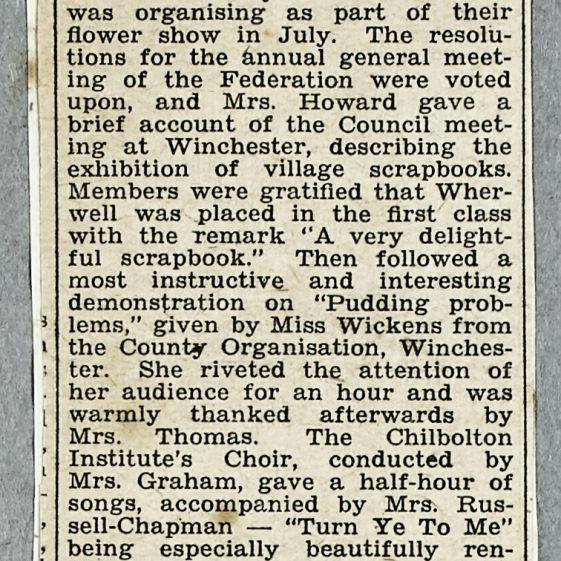 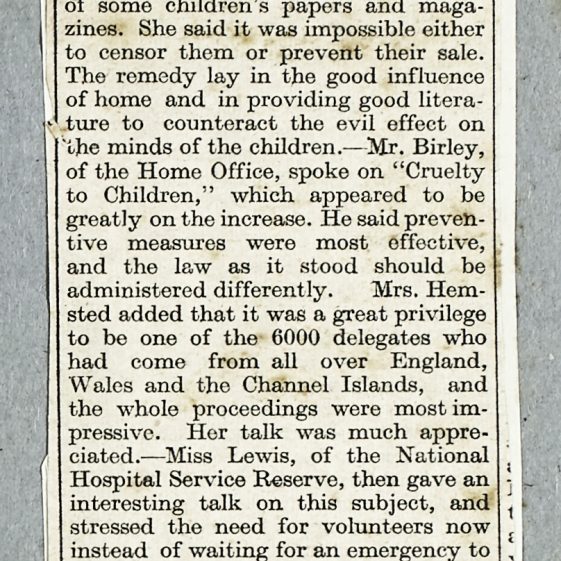 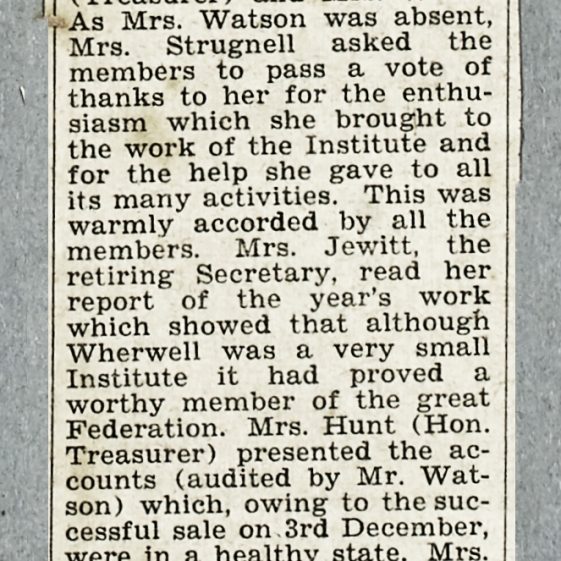 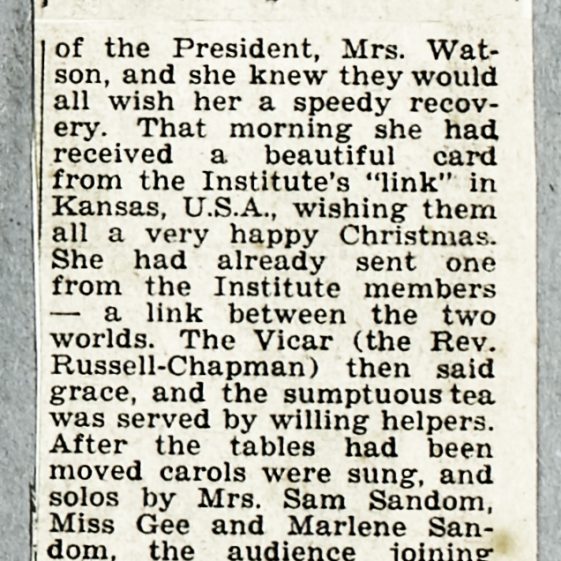 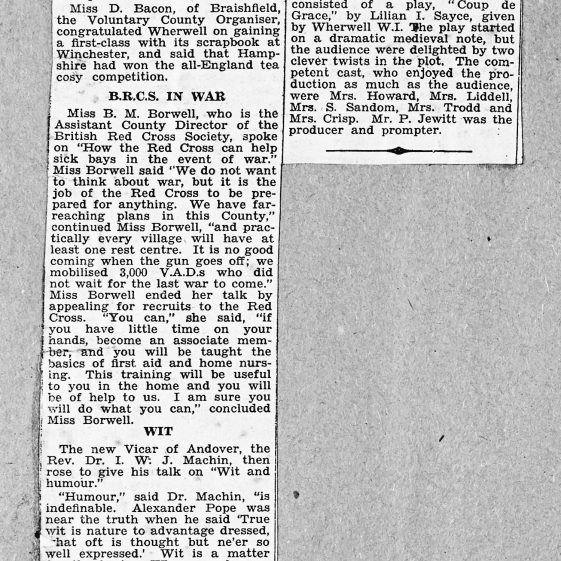 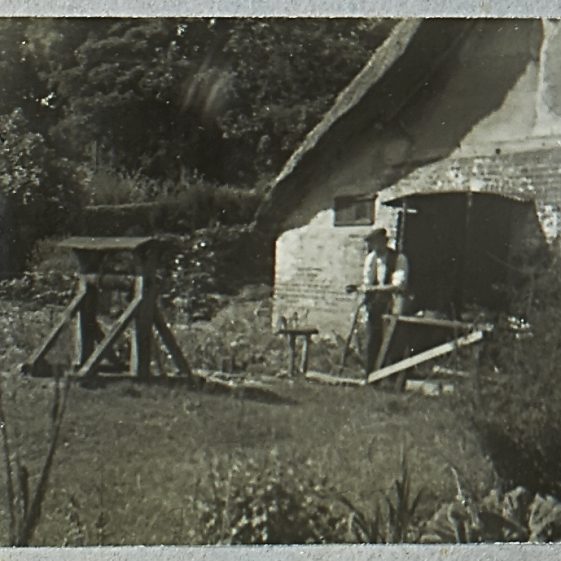 A collection of nine newspaper cuttings and one photo pasted into a scrapbook which spanned 1952 to 1957.

The Wherwell book has on the cover the symbol of a cockatrice and describes the history of the area from the year 986 until the present day. The scrapbook is notable for some fine photographs of the village, which is often claimed to be one of the most beautiful in the county, and drawings and paintings of flowers, fish and birds to be found locally. There is a description of the ancient Wherwell Fair, which has died out since the coming of mechanised transport. Among the village legends placed at the end of the book is the legend of the cockatrice, from which the village gets its symbol. The Wherwell scrapbook, which won a first class at the exhibition, was prepared by members of the Women’s Institute, and compiled by Mrs. M. Jewitt and Mrs. A. Jenkins.

93 WI groups submitted entries into the Village Scrapbook Competition, and the National Federation of Women’s Institutes Needlework Hanging, “Women’s Work in War Time.” These scrapbooks, which had come from nearly half of the WI groups in the area, were judged by Miss Wickham (for nine years hon. County Secretary).

The needlework hanging, which covered one complete wall of the exhibition hall, was made by over 400 separate workers from branches all over the country, starting at the end of the war, to signify the great unity of the WI movement.

Nearly 200 members from the 10 Women’s Institutes in Andover “B” Group were present at their spring meeting at the Guildhall on Thursday evening. Mrs. Jewitt, of Wherwell, accompanied the singing of “Jerusalem” on the piano, and the roll was called.  Mrs. E. Watson, the Chairman, welcomed the members and said that the sum of £7/3/6 had been added to the funds as a result of the Christmas shop set up by the combined “A” and “B” Groups. Miss D. Bacon, of Braishfield, the Voluntary County Organiser, congratulated Wherwell on gaining a first-class with its scrapbook at Winchester, and said that Hampshire had won the all-England tea cosy competition.

The new Vicar of Andover, the Rev. Dr. I. W. J. Machin, then rose to give his talk on “Wit and humour.” “Humour,” said Dr. Machin “is indefinable. Alexander Pope was near the truth when he said ‘True wit is nature to advantage dressed, that oft is thought but ne’er so well expressed.’ Wit is a matter for the brain. When you hear a witty remark you say ‘That is clever,’ and then ‘It is rather clever of me to see it’.”

The second half of the meeting consisted of a play, “Coup de Grace,” by Lilian I. Sayce, given by Wherwell W.I. The play started on a dramatic medieval note, but the audience were delighted by two clever twists in the plot. The competent cast, who enjoyed the production as much as the audience, were Mrs. Howard, Mrs. Liddell, Mrs. S. Sandom, Mrs. Trodd and Mrs. Crisp. Mr. P. Jewitt was the producer and prompter.