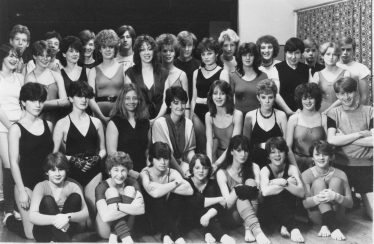 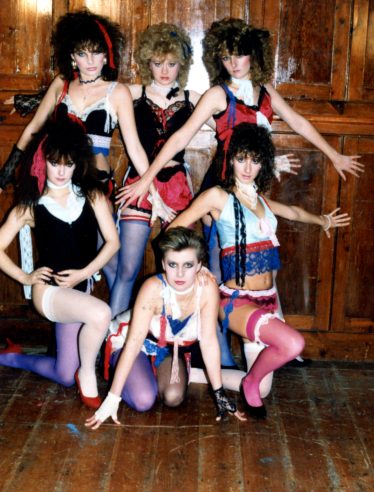 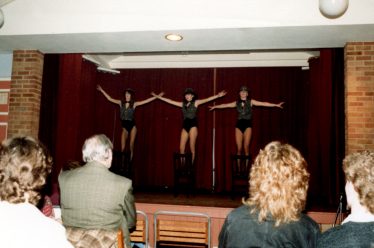 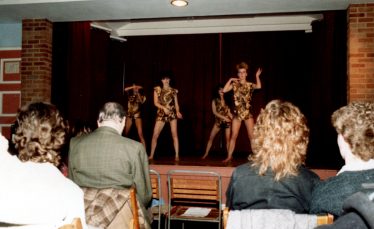 In the Parish Magazine for February 2011, there was a copy of a Press Cutting about the Girls from Utopia, and an appeal for help with contacting their teacher and choreographer Marianne Frost. We had responses from three local people, and were able to contact Marianne and receive photographs and historical information. Marianne writes:

“I moved to Chilbolton in 1979, and after a couple of months I realised there was not much to do for the children and teenagers from the village. Because of my passion for dance, and being involved through my career for many years, I decided to start up the Dance Group. About the same time, I started weekly Keep Fit classes for ladies in Chilbolton and Wherwell, which were held in both village halls.. The dance group ran on Sunday nights for the over 12s and Saturday mornings for the younger children. These classes became very popular and attracted members from both villages, plus a few from Andover. I started with about 15 members and after a few months the number had grown to 50 plus.

“Within a year I had taken the most talented dancers and formed Utopia. They went on to perform in shows, night clubs, fetes, parties etc., and were soon dancing in the top London clubs, including the famous Hippodrome. They became very well known in the local area, and appeared in the local paper many times. I arranged yearly shows in both village halls, and then progressed to the Cricklade theatre. By 1982, from jumble sales, sponsored walks etc., we had raised sufficient funds to buy an old 15-seater mini bus. Ron Waite, who worked in the garage behind Chilbolton shop, sprayed the van free of charge.
We were now on the road in our „fab‟ burgundy and gold van. It was beautifully sign written on the sides “UTOPIA” with gold stars and “CHILBOLTON DANCE GROUP” on the back doors. Our van took us camping to Hayling Island and on one special occasion all the way to the south of France for 2 weeks. By now, Utopia were dancing all over the South of England. They entered many dance competitions … and they always won !!”

Marianne (now known as Marianne Rouse) is still teaching to this day, and running a dance club with her daughter Emmeline; – “F.L. Dance” in Andover has over 200 members.