You are here: HomenextChilbolton Heritage Wall HangingnextLandmarksnextSt. Mary the Less 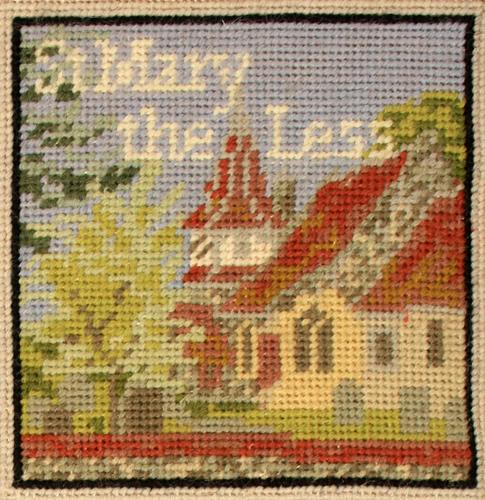 In June 1999, Sue Williams and her husband Errol, Rector of Chilbolton and Vicar of Wherwell, set off for Australia for a period of three months. Errol exchanged parishes with the Reverend Steven Rigby of Merimbula, New South Wales. Before leaving, Sue began the embroidery of the Church of Saint Mary the Less. The stone-built Norman church dates back to the 12th century, although it was enhanced and renovated in successive centuries. In the early 19th century, the present spire was added when the old bell-tower was pulled down and the three 17th century bells were re-cast. The last major restoration of the church took place in 1893.The church with its lychgate stands in the quiet churchyard at the heart of the old village.