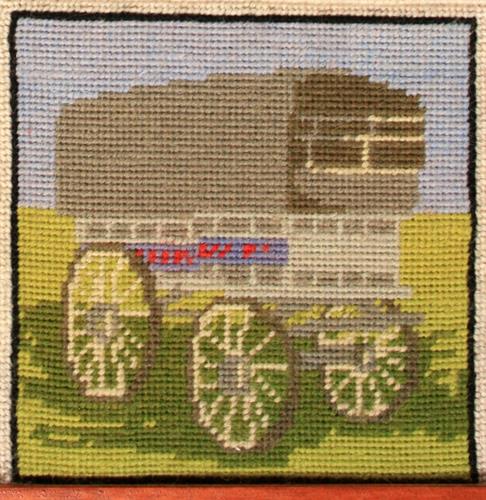 After the First World War ended, many returning soldiers were unemployed. Some left their homes to seek work on farms, taking their families and possessions with them in covered wagons. The more fortunate job-seekers found employment in agricultural areas and settled in the locality. By law, “travellers” could not set up permanent camp sites in their wagons, so the settlers built small homesteads to live in and erected wooden sheds to cover their treasured wagons. The Compton family came to Chilbolton in a
brewer’s dray and settled in the village.  In 1921, their wagon was stored away in a wooden hut where it remained until 1992, when the wooden building collapsed.The Compton family’s wagon, the last of its kind, is currently undergoing restoration, to be displayed in the new Museum, of Hampshire Life, in Basingstoke.